JR of course is the pseudonym used by the photographer/artist whose identity is still not confirmed. JR describes himself as a photograffeur and states that “the street is the largest art gallery in the world“. The artist is best known for flyposting large black and white images in public locations all around the world, using a similar technique to the appropriation of the build environment by graffiti artists.  His work combines art and action and deals with the concept of freedom, commitment, identity and personal limits.

I can probably go on and on and on, trying to explain what it is that makes me so interested by JRs work. I like the fact that he exhibits his work on the streets rather than inside a gallery/museum space. In this way, people who are not the typical museum visitors get to experience art by walking down the streets of their neighbourhood. JR successfully manages to make his works a part public locations, therefore, a part of our everyday life.  The photographs he uses manage to convey strong emotions: Happiness, sadness, loneliness, anger, despair, devotion, whatever the emotion is, it comes alive through his works and has a great impact on the viewer – at least it does to me. His photographs speak to me – make me stop and think –

I am truly inspired by his work, and I don’t think that I can make you understand where that comes from. it is probably because I have read way too many articles about him and have followed his artistic career for years. The only thing I can do is show you some of his work, through videos & photographs. I really hope that you take the time to understand his work.

Here is a great Introductory video that illustrates JRs work and vision
“The INSIDE OUT movie focuses on international communities involved in the INSIDE OUT Project: their story, their sorrow, their hope. Searching for what is common in their motivation, the movie will try to come closer to what is universal: human feelings”

The following Video is the teaser of the film “Les Bosquets”, one of  JRs most recent projects

“The film Les Bosquets brings the audience in a place where art and the power of image interweave. Based on the story of Ladj Ly and the performance of the ballet Les Bosquets of New York City Ballet (2014) inspired by the riots in the French suburbs in 2005, JR reveals its experience in the ghetto of Montfermeil where he created his first project, Portrait of a Generation. This film is a continuation of this 10 years project, for which he uses various means of expression and narration : video archives, choreography and testimony. This short film will be presented exclusively in galleries and museum shows”.

This is the trailer for ELLIS, a short film starring Robert De Niro,written by Eric Roth,directed by JR.

“The short narrative film, ELLIS, awakens our collective memory. Leaving their past behind them, immigrants fleeing poverty, discrimination, dictatorship arrived there. Ellis Island was the gateway to the United States for millions of immigrants. Upon arrival, they were processed, approved or denied access. Due to sickness or simply tiredness, many were placed in the hospital. A purgatory of sorts, in the shadow of the Statue of Liberty, where thousands of men, women and children awaited their fate. ELLIS tells the forgotten story of these immigrants who built America while questioning about those who currently seek the same opportunities and safety in this country and other parts of the world. The short film stars Academy Award Winner Robert De Niro, was written by Academy Award winner Eric Roth and directed by the artist JR whose Unframed art installations in the abandoned Hospital complex serve as the set for this powerful and timely film.”

Here are some photographs that show JRs’ unique style, technique and vision.. 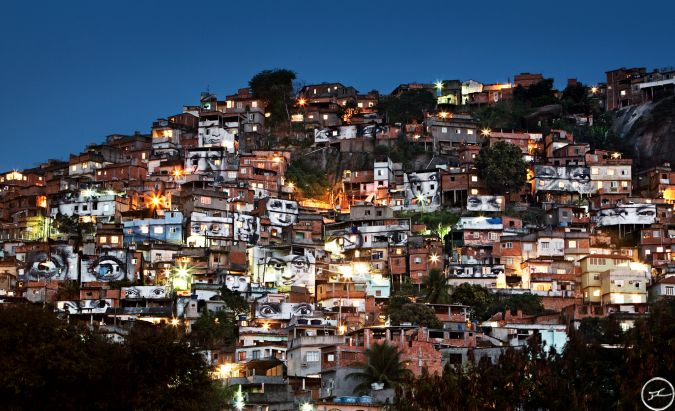 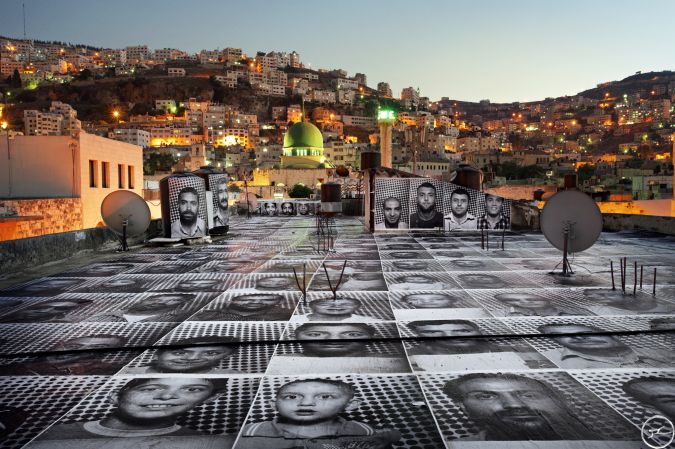 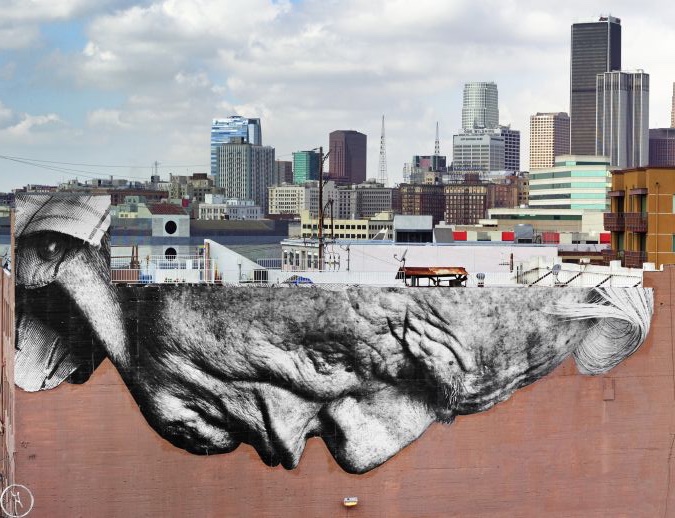 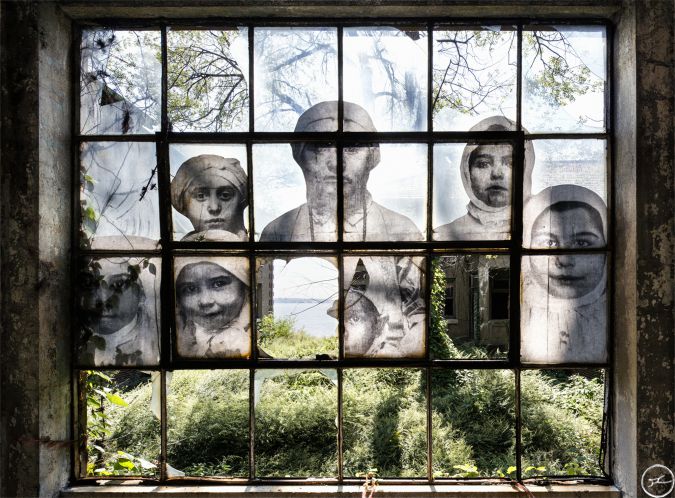 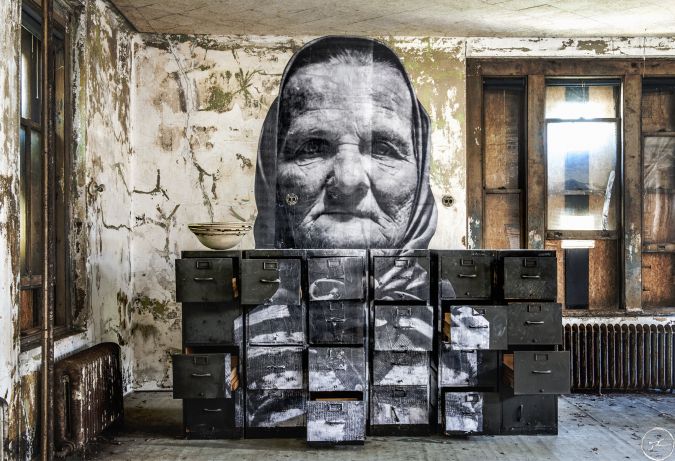 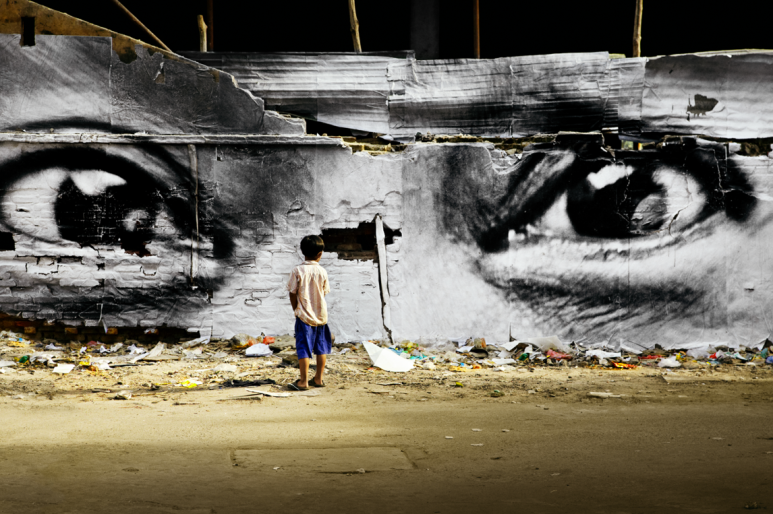 JR now owns the biggest art gallery in the world. He shows his work freely, around the streets of the world, managing to attract the attention of people who are not considered to be the typical museum visitors.”JR creates “Pervasive Art” that spreads uninvited on the buildings of the slums around Paris, on the walls in the Middle-East, on the broken bridges in Africa or the favelas in Brazil. People who often live with the bare minimum discover something absolutely unnecessary. And they don’t just see it, they make it. Some elderly women become models for a day; kids turn artists for a week. In that Art scene, there is no stage to separate actors from spectators”.

JR does not explain the meaning behind his portraits of people’s different expressions. His aim is for people to interpret his work in the light of their own experiences, leaving an empty space for an encounter between the subject/protagonist and the passer-by/interpreter.

Thank you for reading, 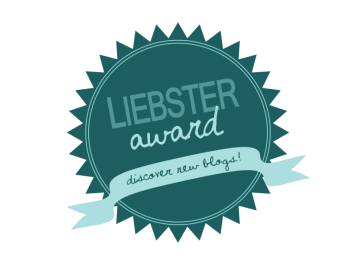 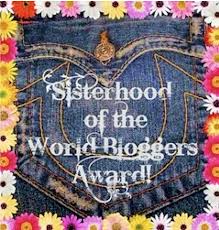